Bournemouth wouldn't be everyone's first choice as the starting point for a seven city tour of the UK. Hardly an internationally famous tourist spot â€” Â I was there to see my cousin whom I hadn't seen in over 60 years. I didn't expect to find a world class tourist attraction - I was wrong.

Arriving at Heathrow in the early afternoon we went quickly through customs then took the long walk to the bus depot arriving just in time to miss the bus to Bournemouth. After waiting what seemed like forever, we caught the next bus out arriving in Bournemouth tired and hungry.

Bournemouth wouldn’t be everyone’s first choice as the starting point for a seven city tour of the UK. Hardly an internationally famous tourist spot —  I was there to see my cousin whom I hadn’t seen in over 60 years. It didn’t expect to find a real gem.

Bournemouth reached its prime in the 19th century when it was the holiday home of many of Britain’s “Great and Good”.

Bournemouth is a seaside town. It began as a marine spa with aspirations to serving an affluent and fashionable society, but for the last 150 years it has been a popular seaside resort -(Streets of Bournemouth

In “Tess of the D’Urbervilles” - Thomas Hardy  describes his stand in for Bournemouth, Sandbourne, as:

a Mediterranean lounging place on the English Channel.

Today, with its seven miles of beach, it attracts more of a middle class - get away for the weekend crowd.

Except for a small section in the downtown park, the River Bourne has been covered over where it flows through the town. A Harry Ramsen’s chip shop now stands near where the mouth of the river used to be. Part of the ‘Old Christchurch Road” has been turned into the compulsory street mall. Lined with Tudor Revival buildings sporting the usual array of mid level retail outlets. There is little to distinguish it from hundreds of other small town malls throughout the country.

My cousin was anxious to show us her favourite spot, which wasn’t in town of Bournemouth but about half an hour by bus in Christchurch, part of Bournemouth county. Whenever possible, we like using the local bus service — you get to see more of the city than going by car or train. The bus wound its way passed the Bournemouth University, along tree lined streets, through Boscombe’s business section to the rural parish village Iford before turning towards the Christchurch.

We got off on the High St, walking the few blocks to the Christchurch Priory. Walking down the High Street is very different from walking the pedestrian malls that seem to be in vogue. The High Street takes on more of the character of the city. The ‘chain stores’ found in the malls were replaced by unique shops and restaurants with names like “Indulge Yourself” and “Bookends” that invited you in to take a ‘look around’. Alleyways led off from the street to hidden delights.

I wouldn’t have thought of visiting the Priory. It doesn’t make it onto many top ten lists of churches to visit in the UK - and that is a pity. While it doesn’t have the rich decorative features of the more well known churches and abbeys —  it doesn’t have the same crowds either. It was a joy to be able to walk around the church without being jostled or having someone walk through the middle of my picture.

The current building dates to just after the Norman invasion. Like many churches in Europe, it was built on the location of an even older church. The entrance passes through a cemetery — the headstones were so worn that most of the names and dates were  illegible.

Christchurch Priory is considered one of the finest churches in England and at 311 feet long it is the longest. It’s an impressive building with a distinctive Norman style. You can also spot three Gothic architectural styles ”“ early English, Decorated and Perpendicular, as well as Tudor Renaissance.
- https://www.iknow-uk.com/articles/christchurch-priory

An older Priory at Christchurch was mentioned in the Domesday Book of 1086. The present building wasn’t started until 1096 and completed in the mid 12th century. (Wikipedia) The heavy columns and the vaulting around the naive and transepts are examples of the Norman style of architecture. The ‘Lady Chapel’ was added in the 14th century. It is build in the perpendicular style with an English Gothic pendant ceiling. A spectacular stained glass window is above the alter. The stained glass windows have been restored over the years. The Priory is on a branch of the River Avon — not Shakespeare’s Avon, but one of the other nine rivers in the UK that share that name. A walkway leads form the Priory to where the Avon joins the River Stour, just metres before emptying into Christchurch Harbour. After spending some time wandering the seashore, we finished our trip to Christchurch at a small family restaurant in an alley off the High Street. The type of place know to locals and only a few others.

After two days exploring Christchurch and Bournemouth we said good bye to my cousin and packed our bags for Bath — the next city in our 7 cities by train tour of the UK. 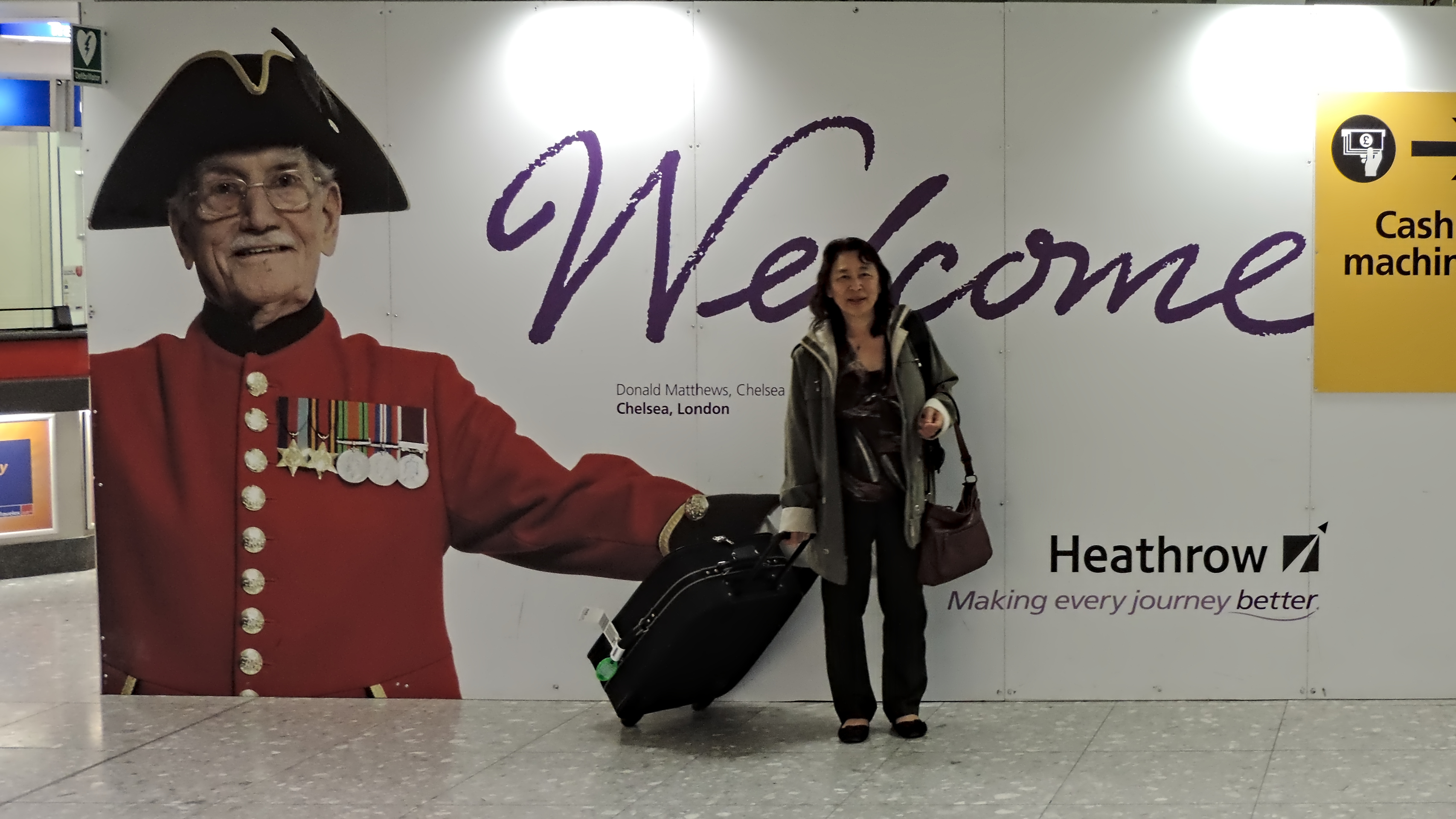 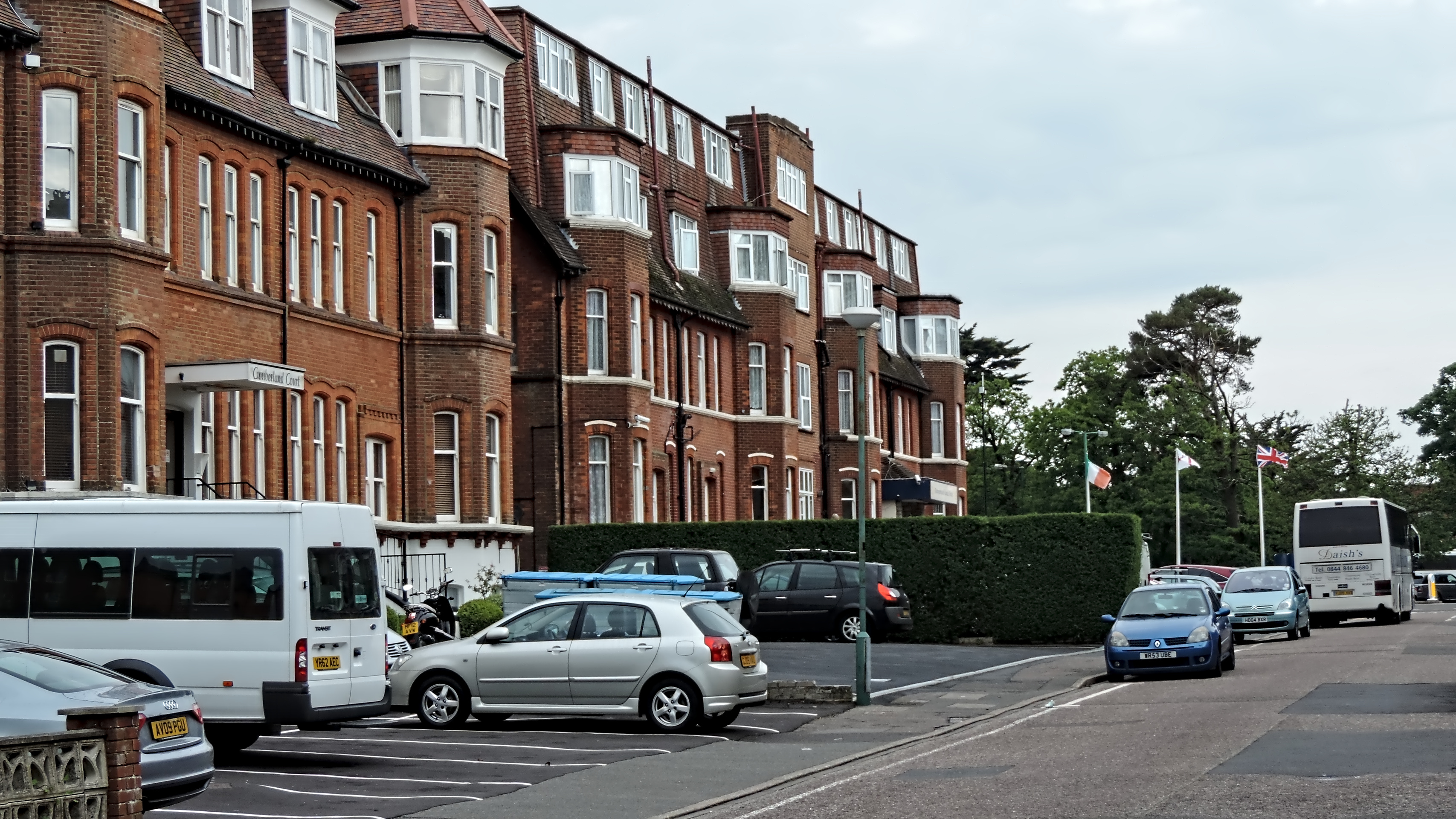 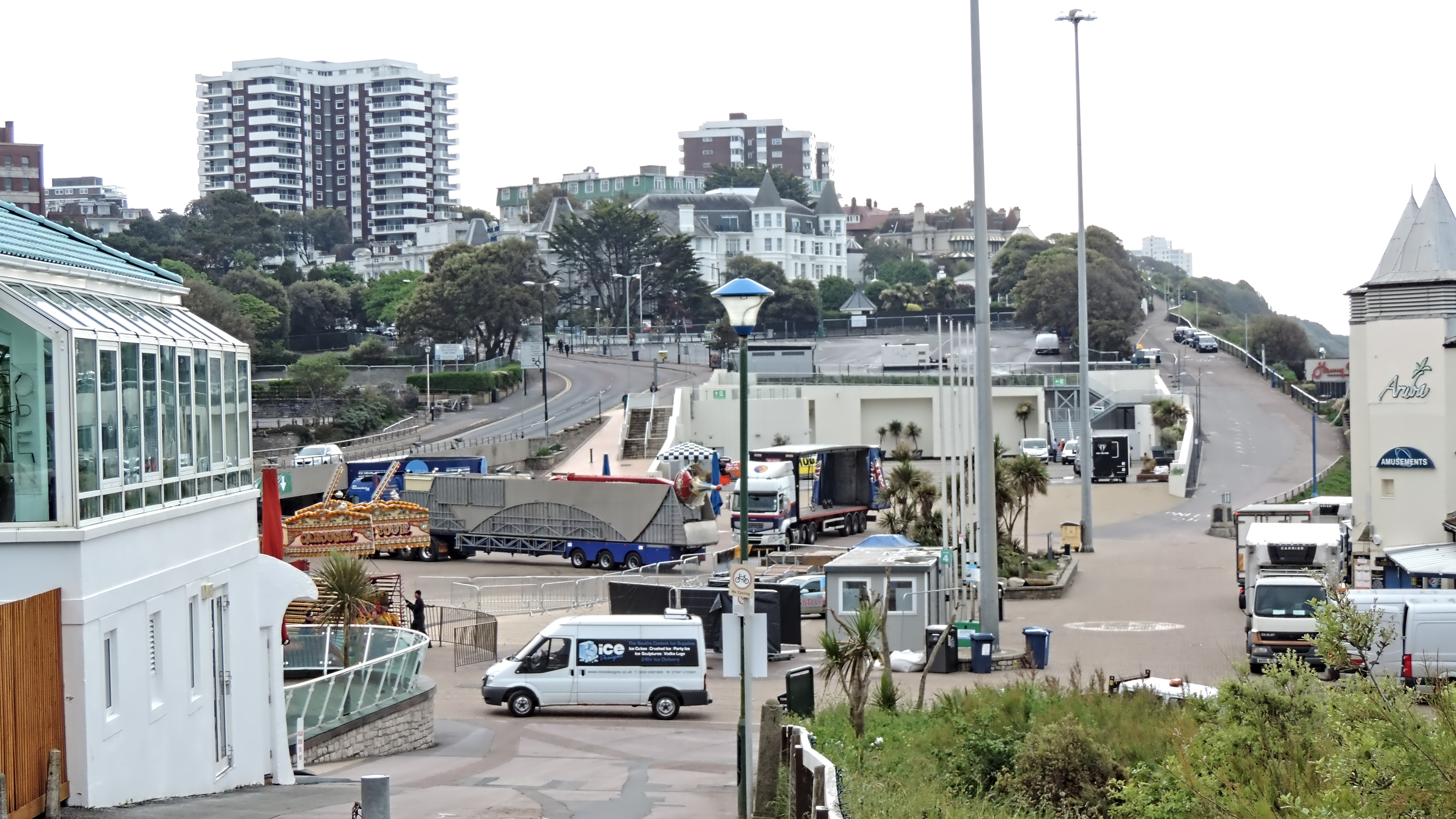 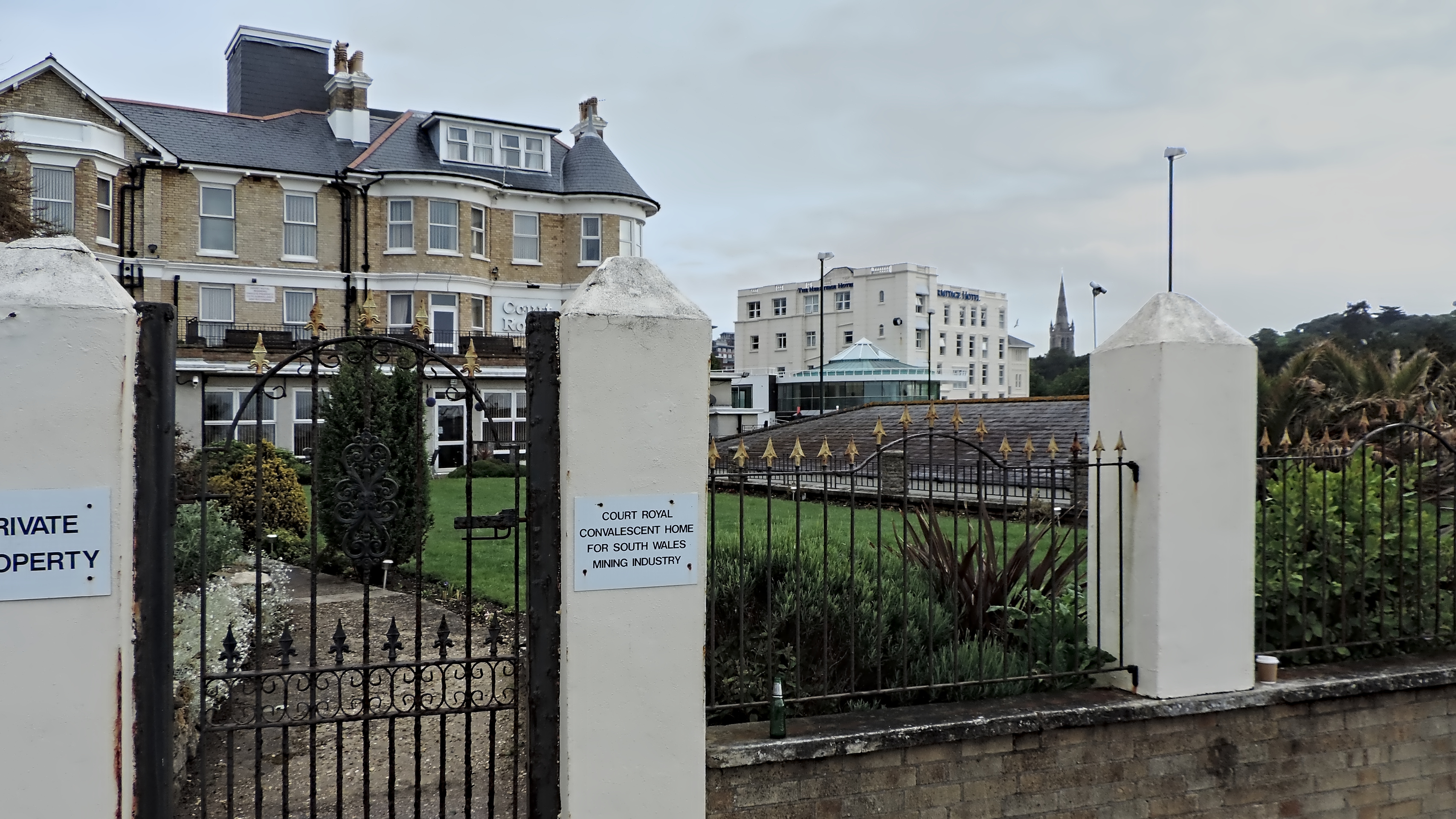 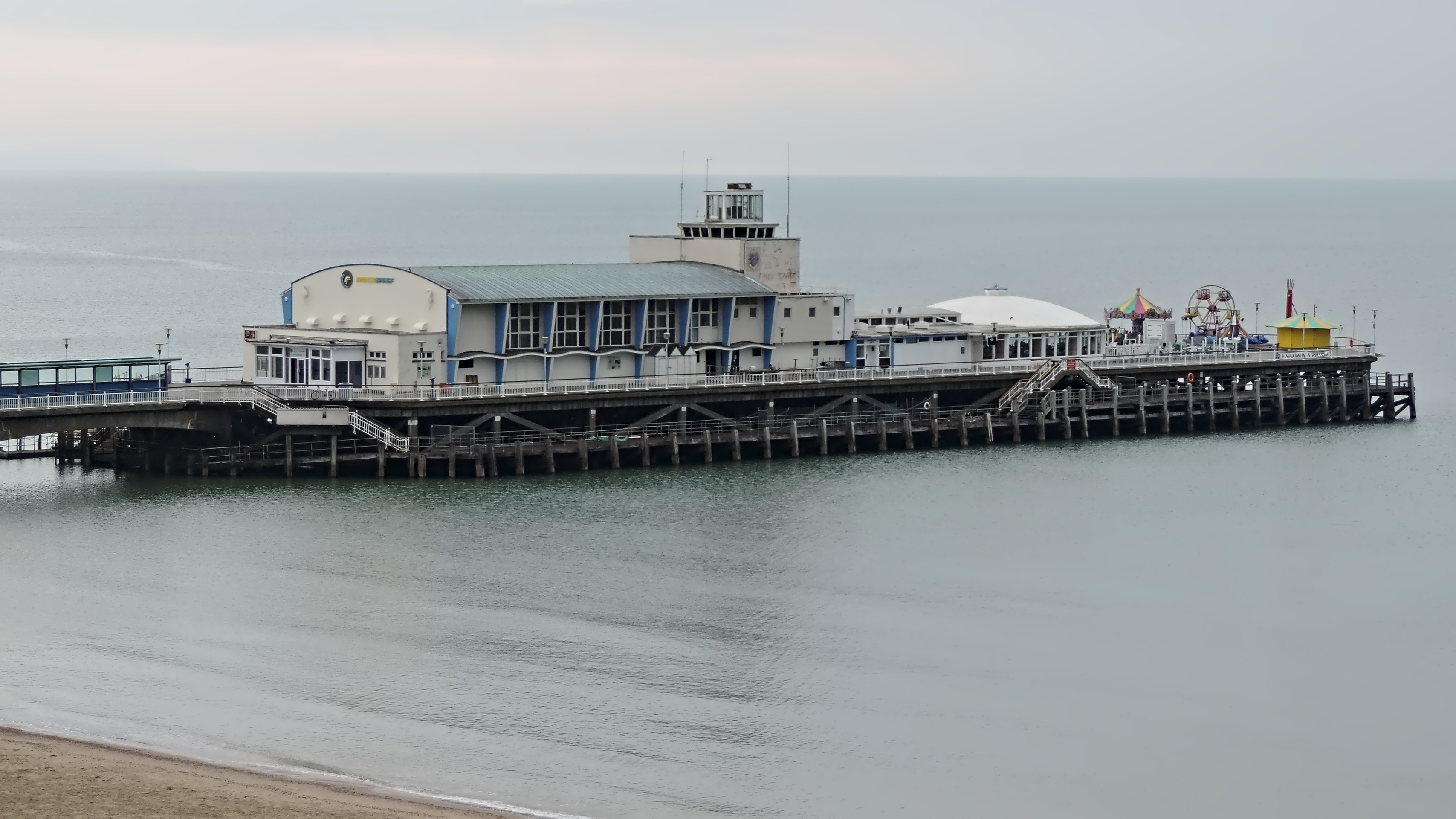 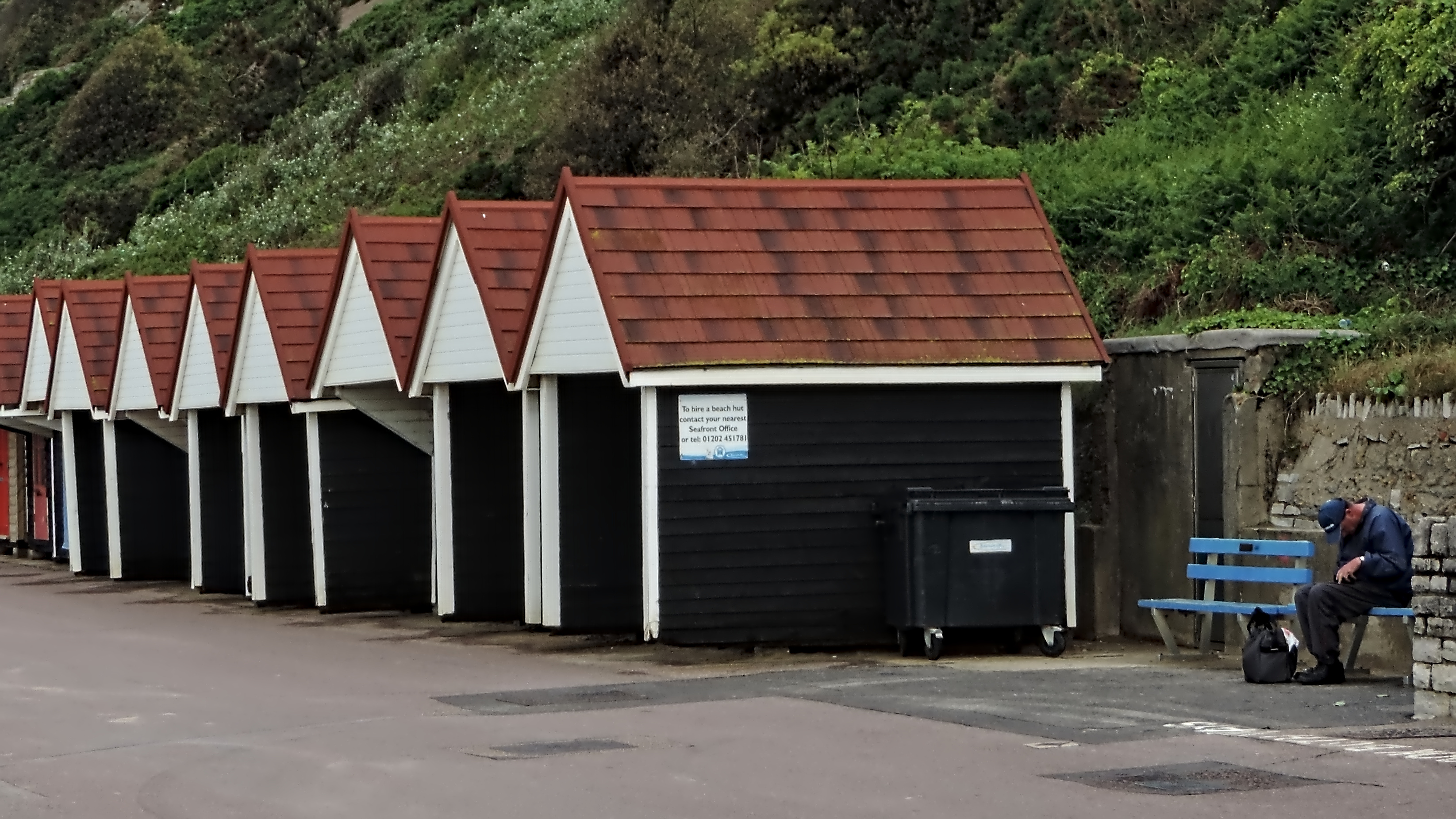 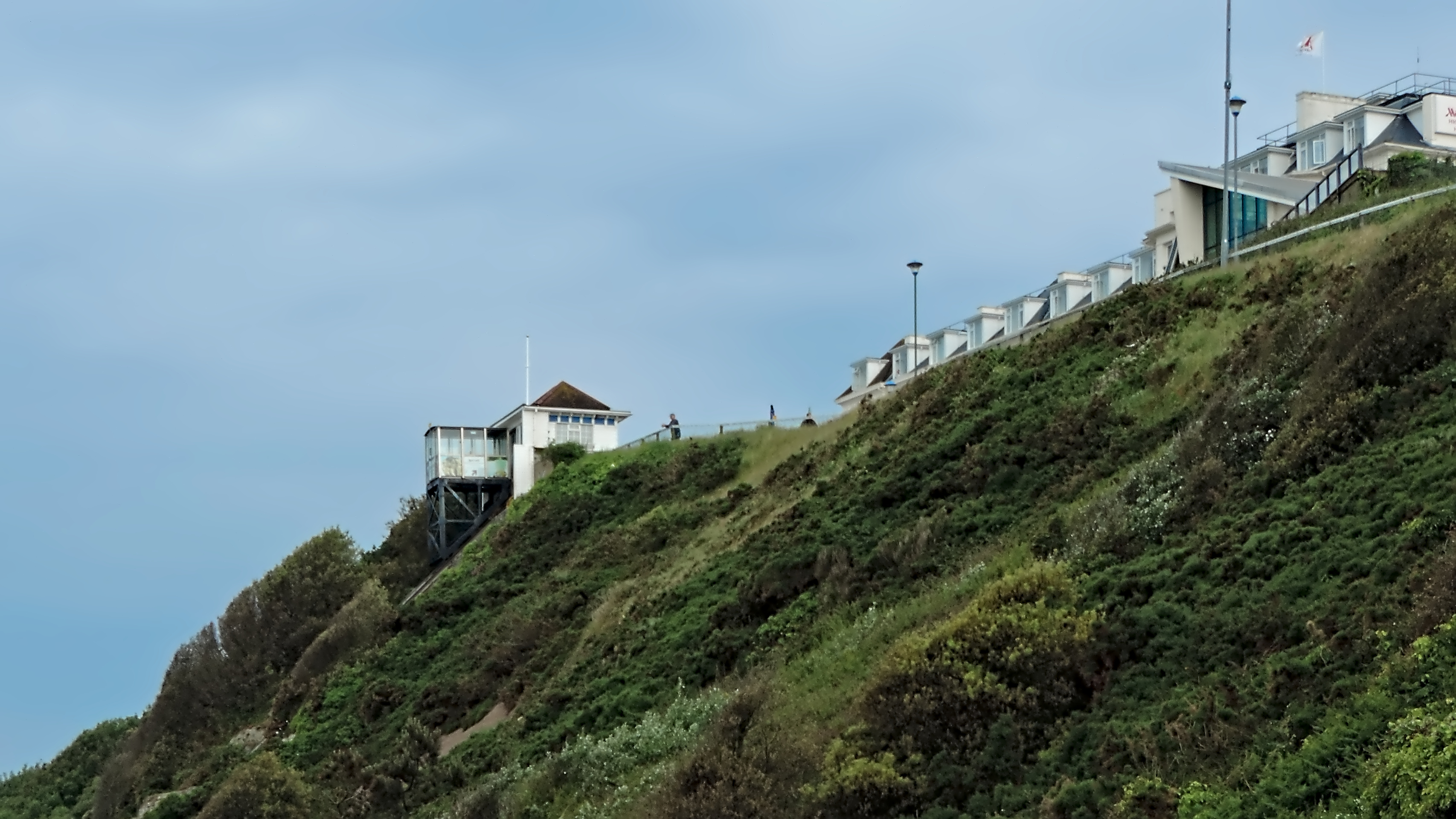 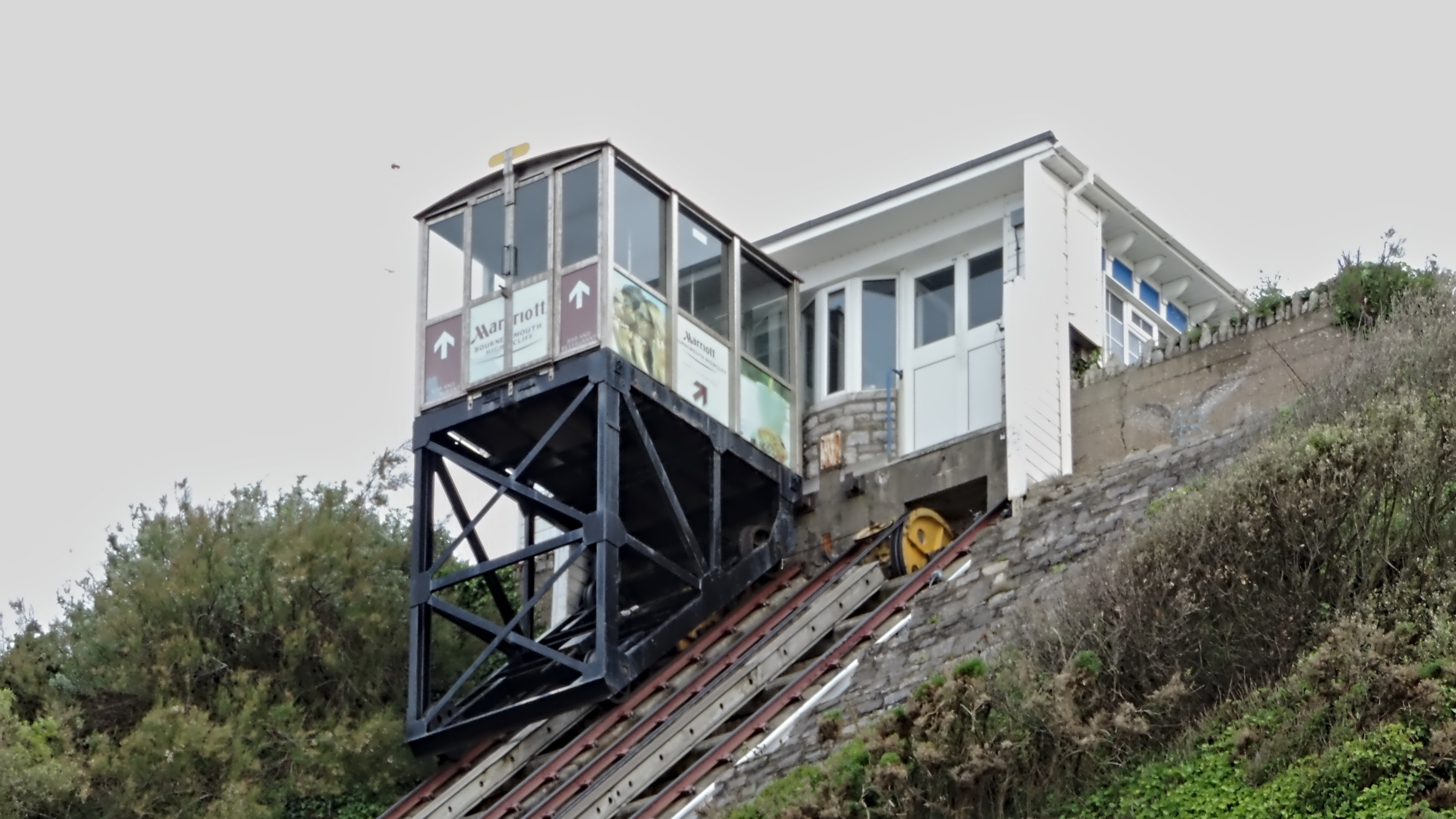 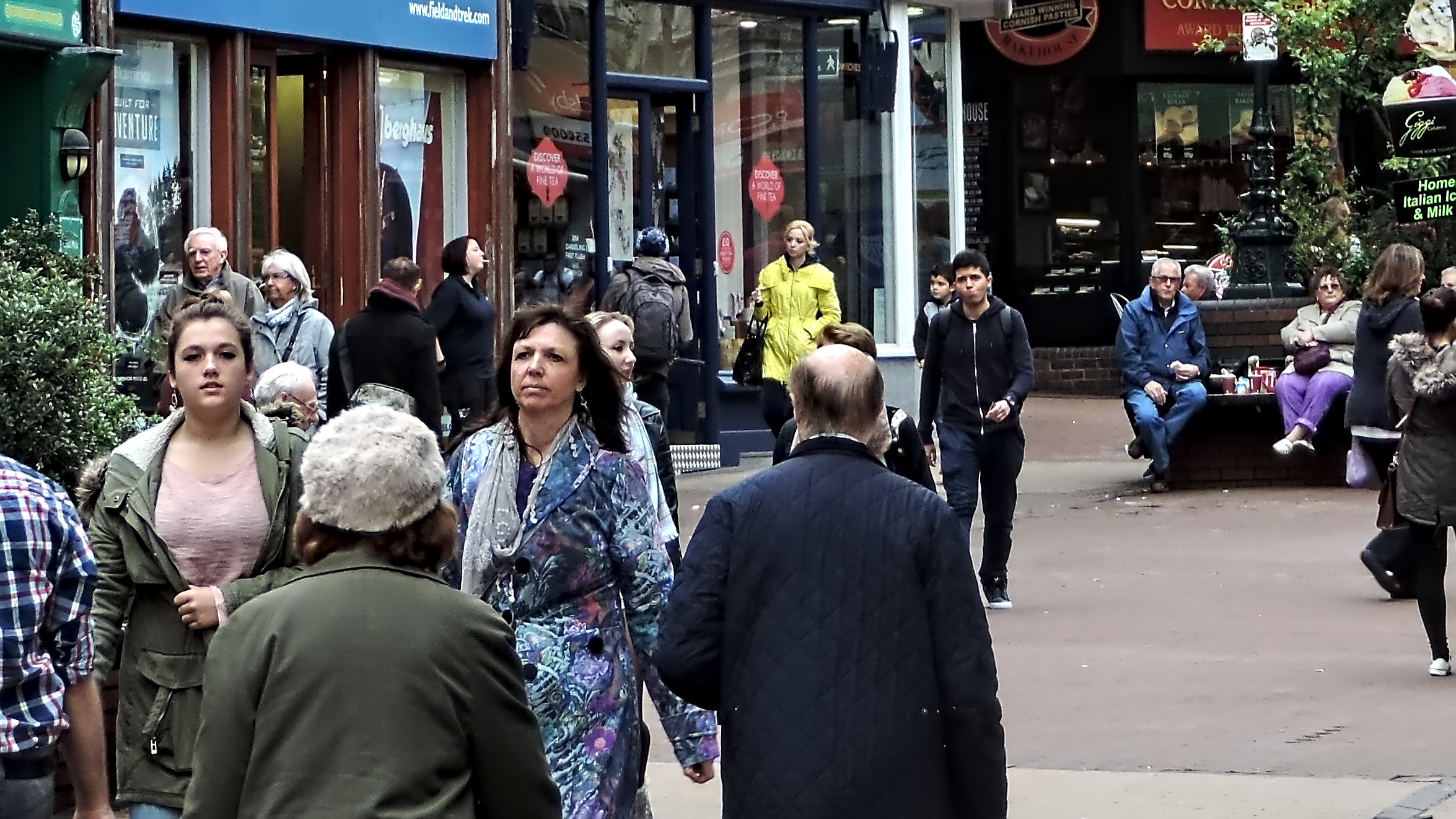 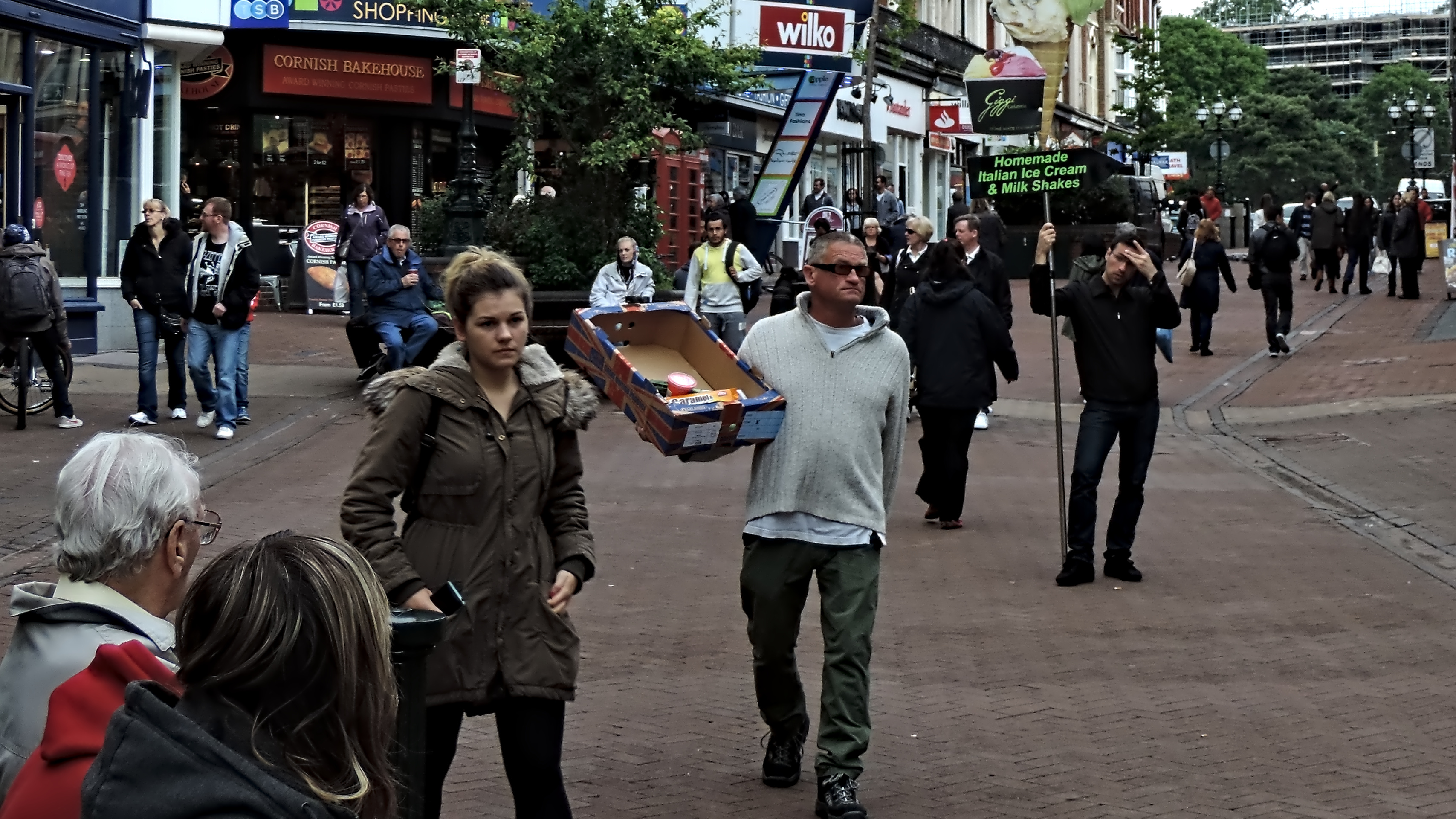 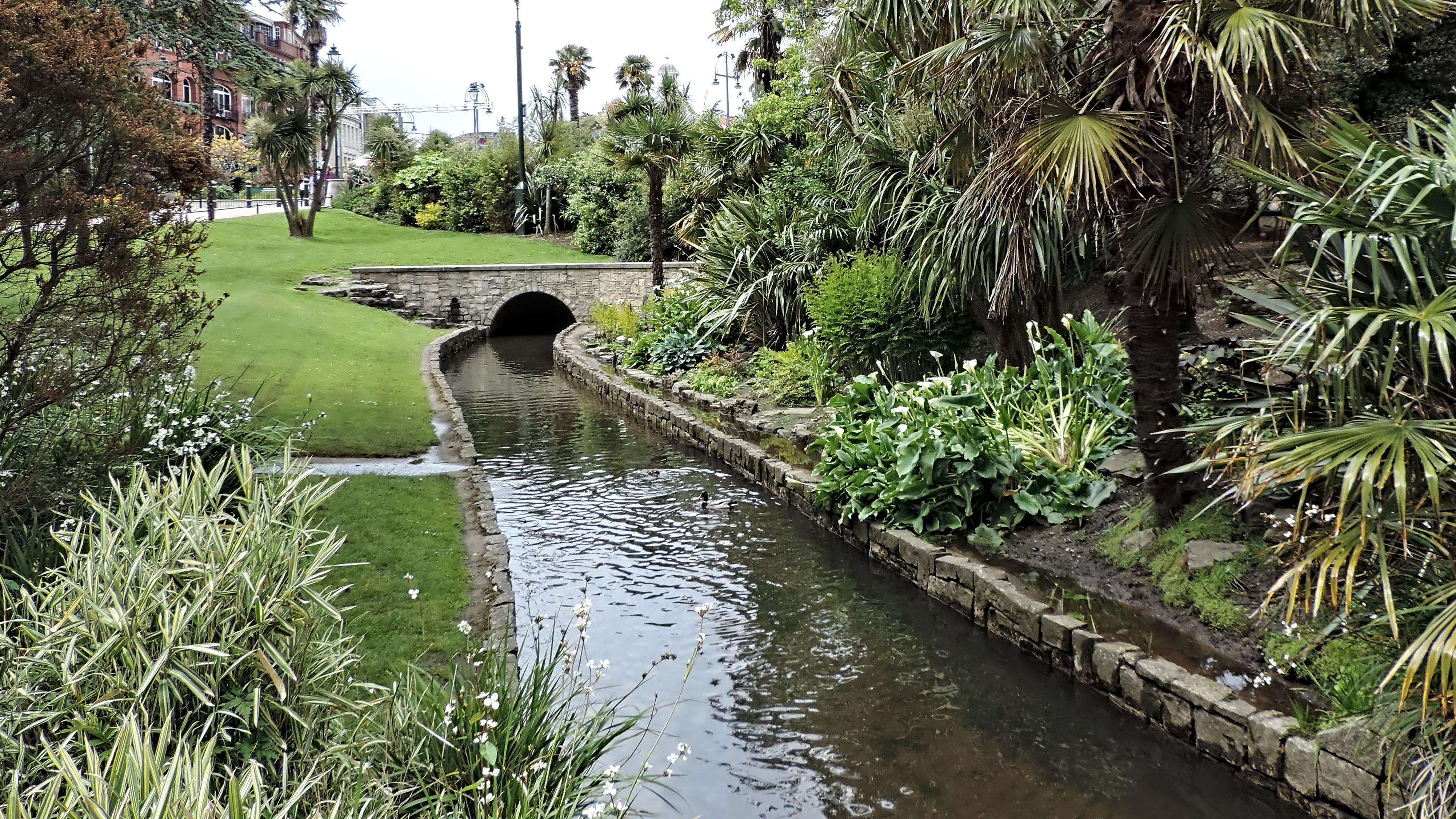 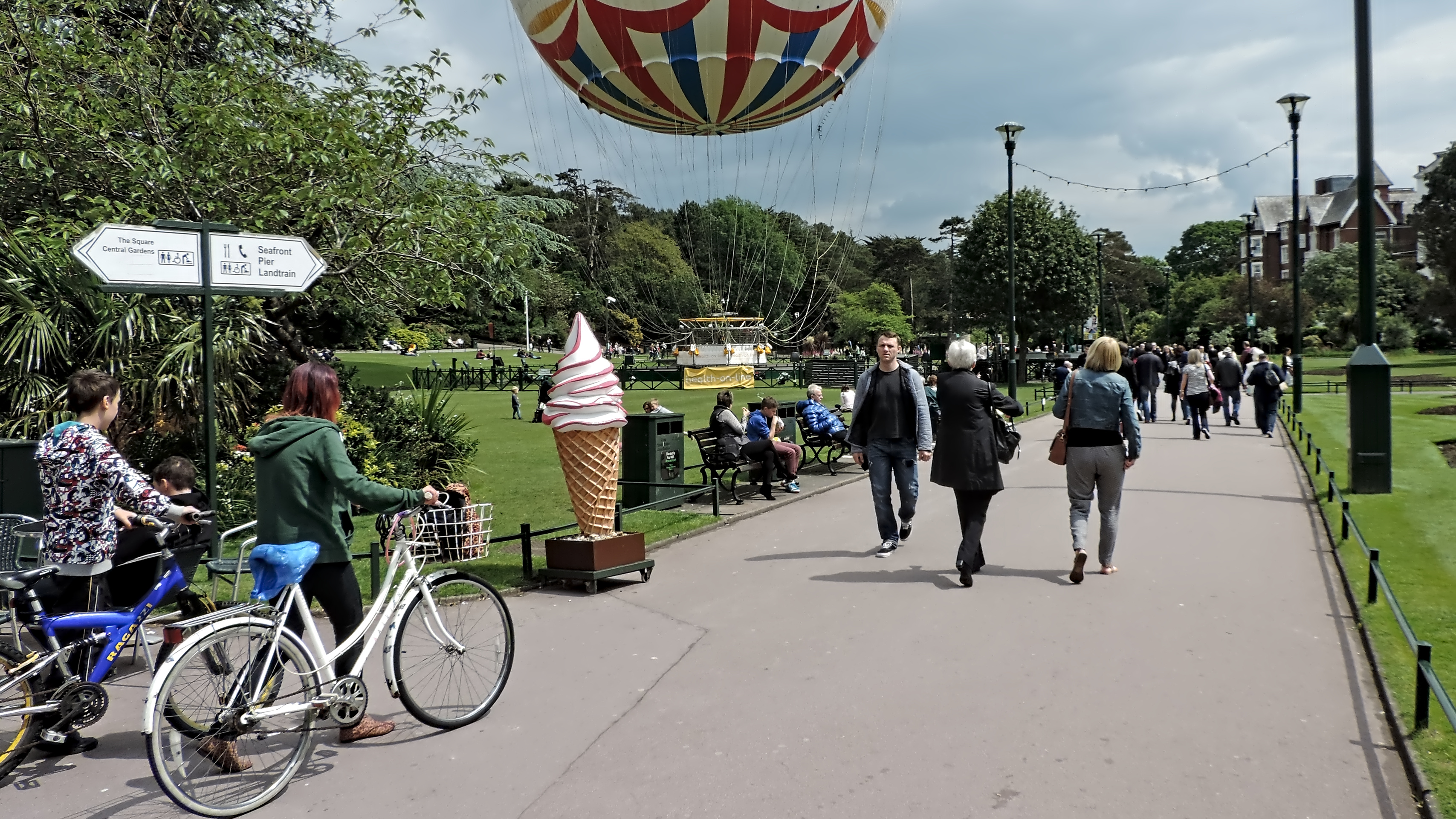 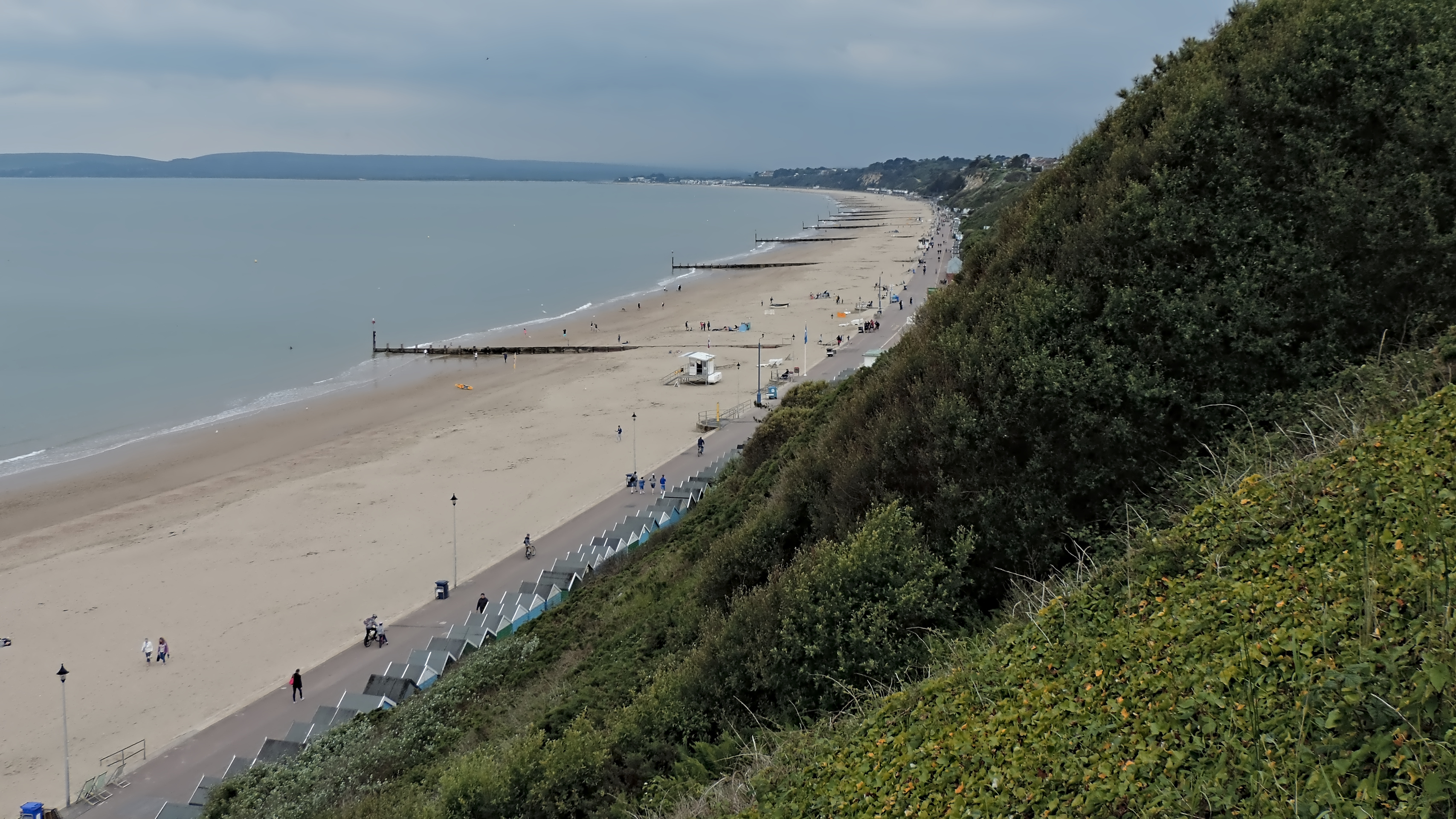 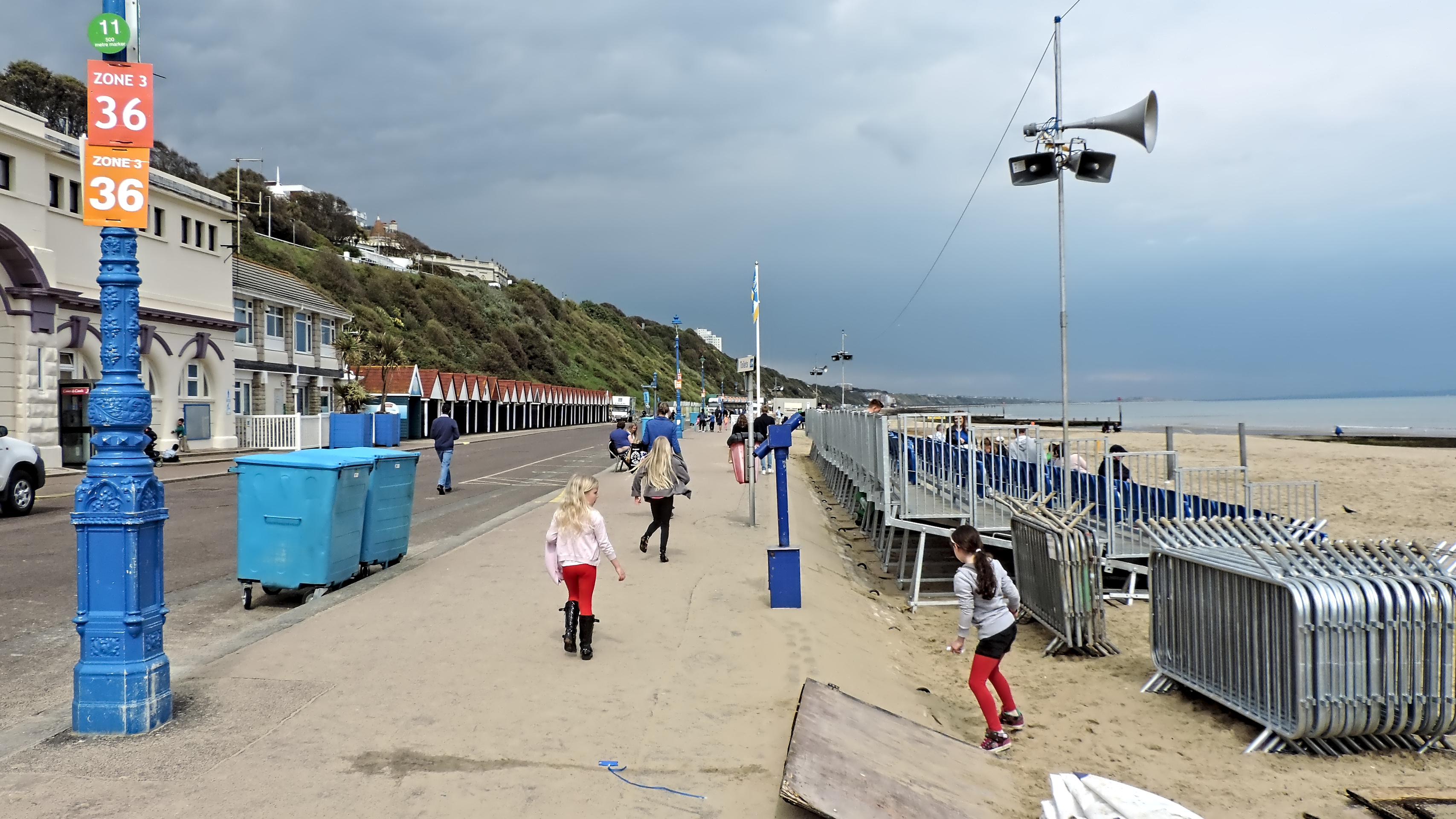 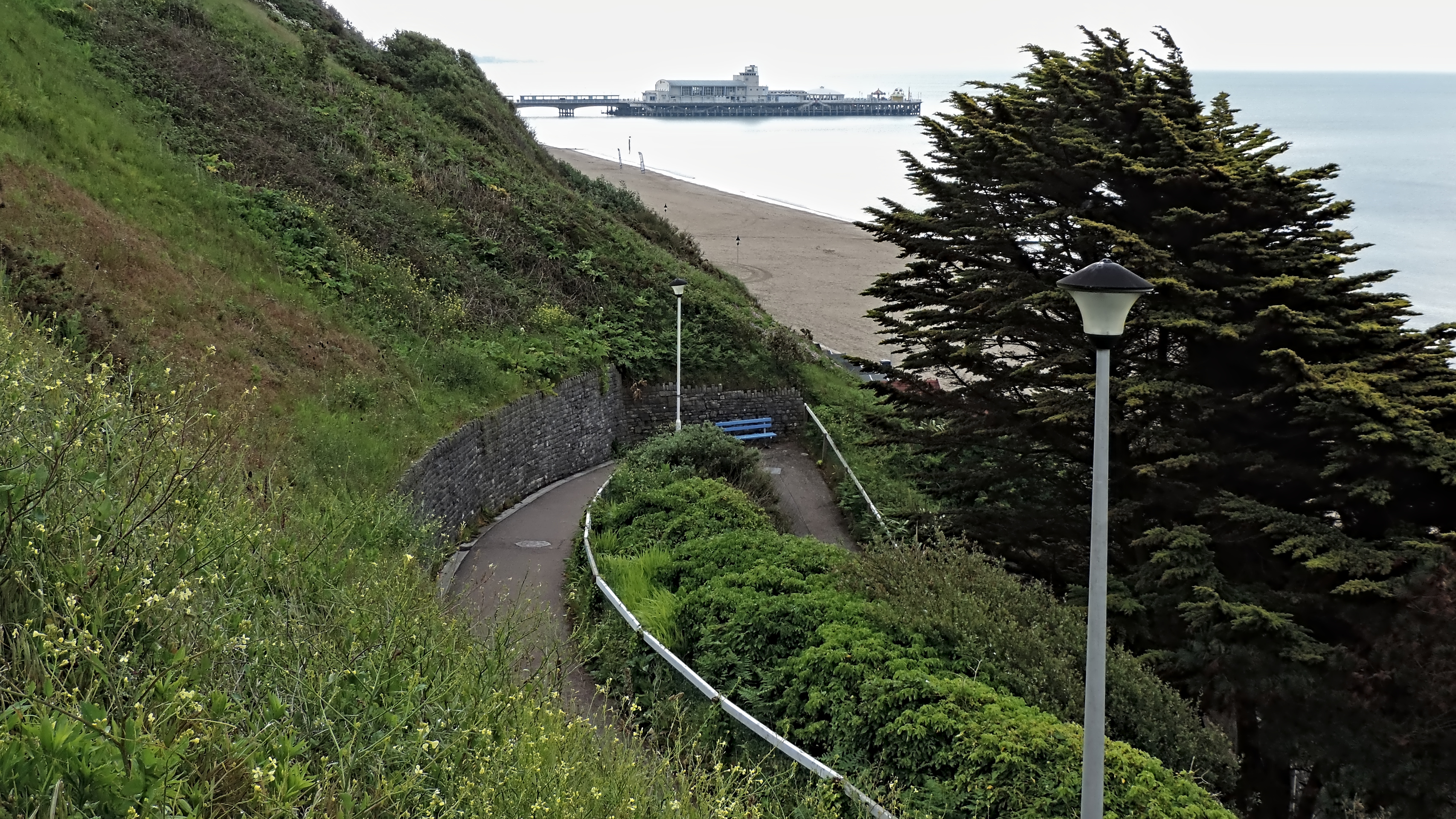 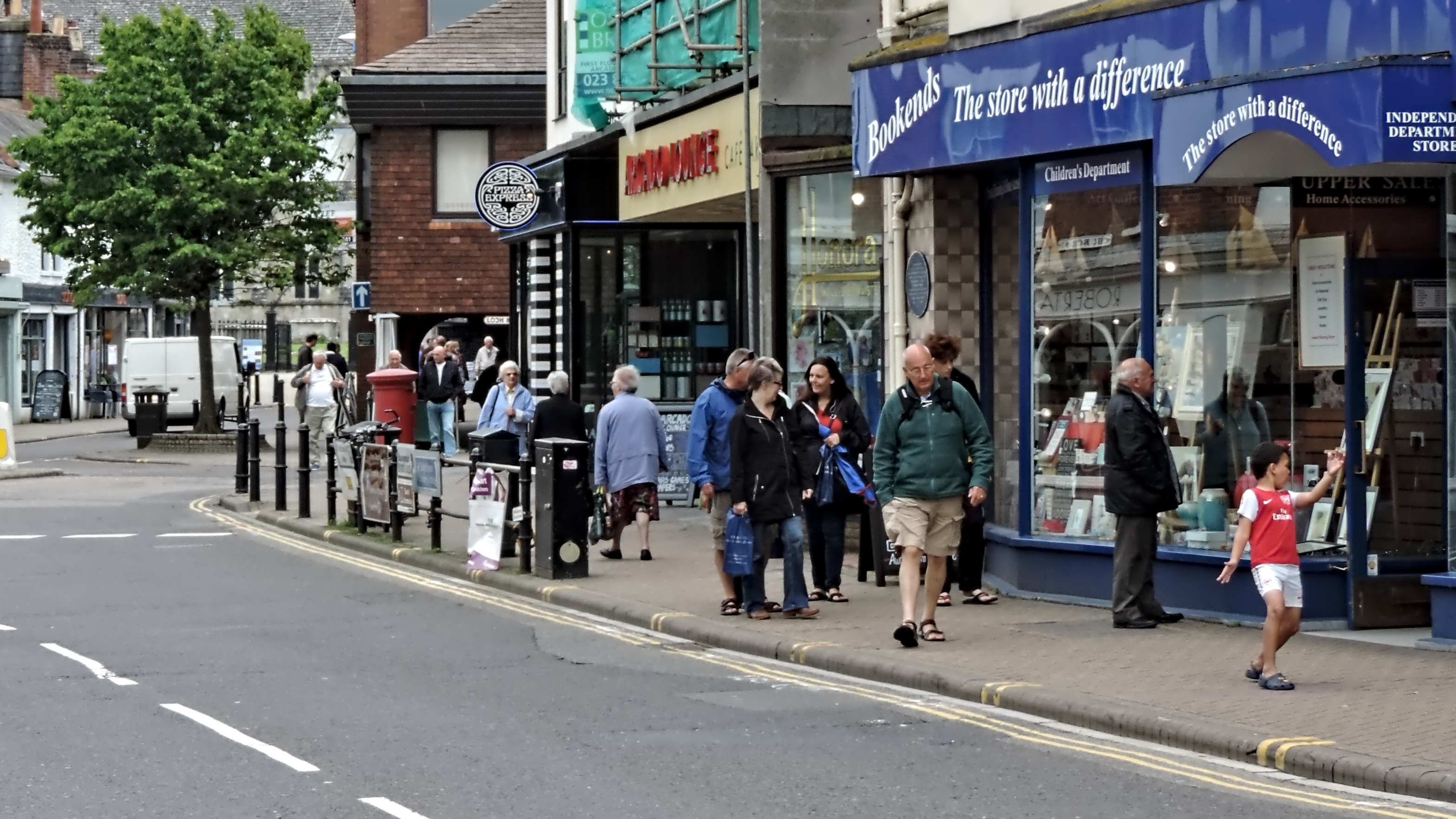 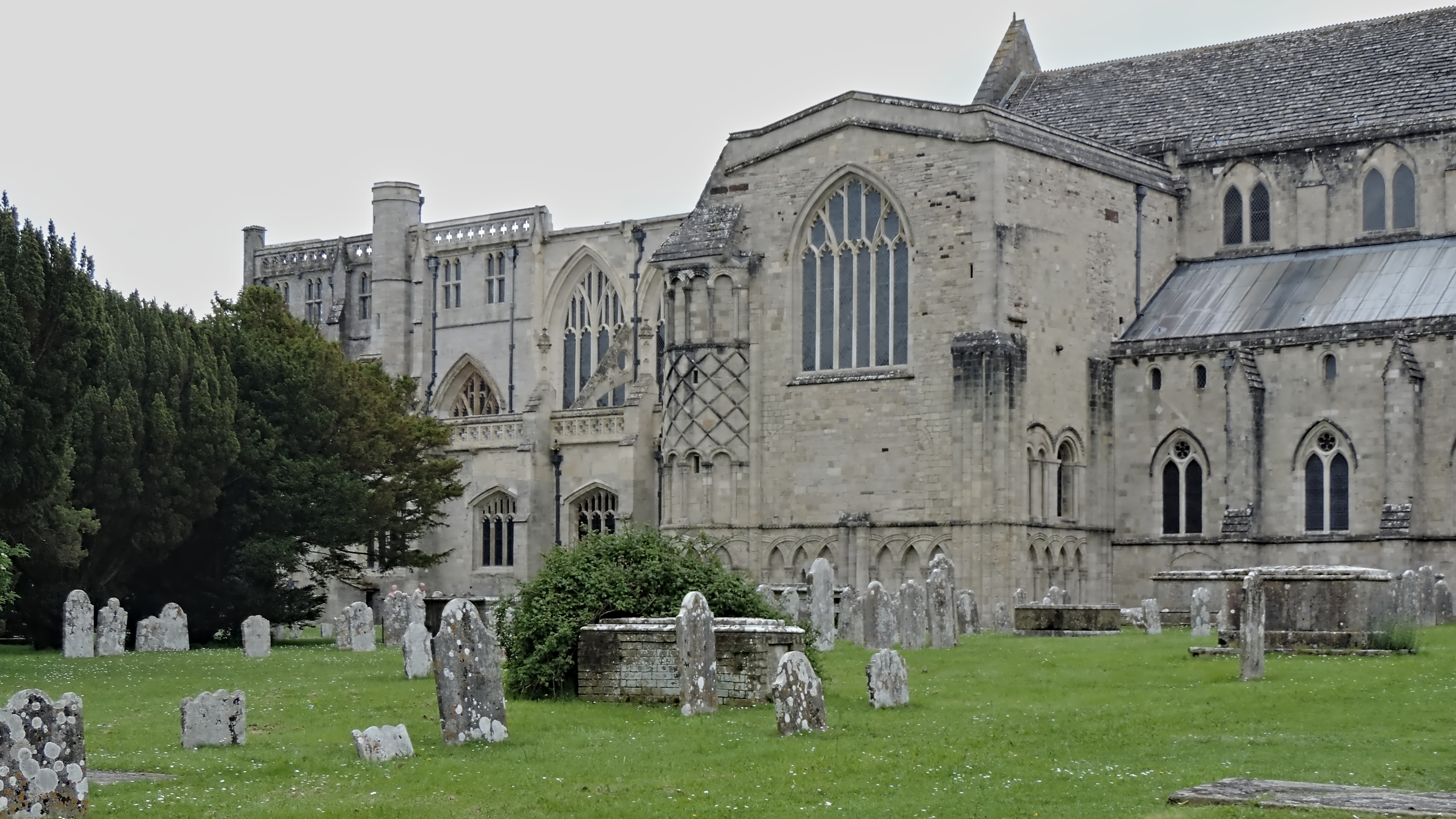 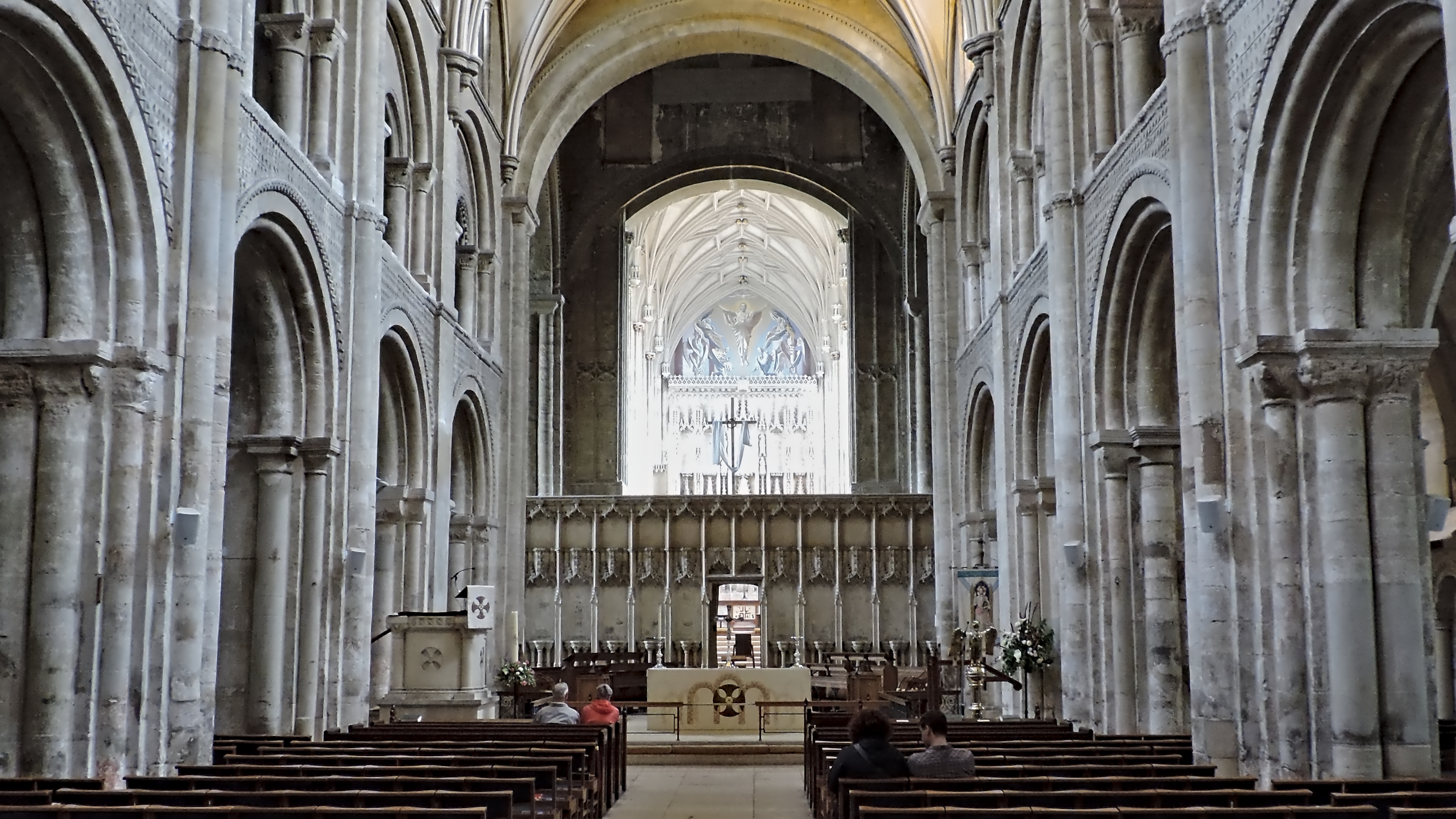 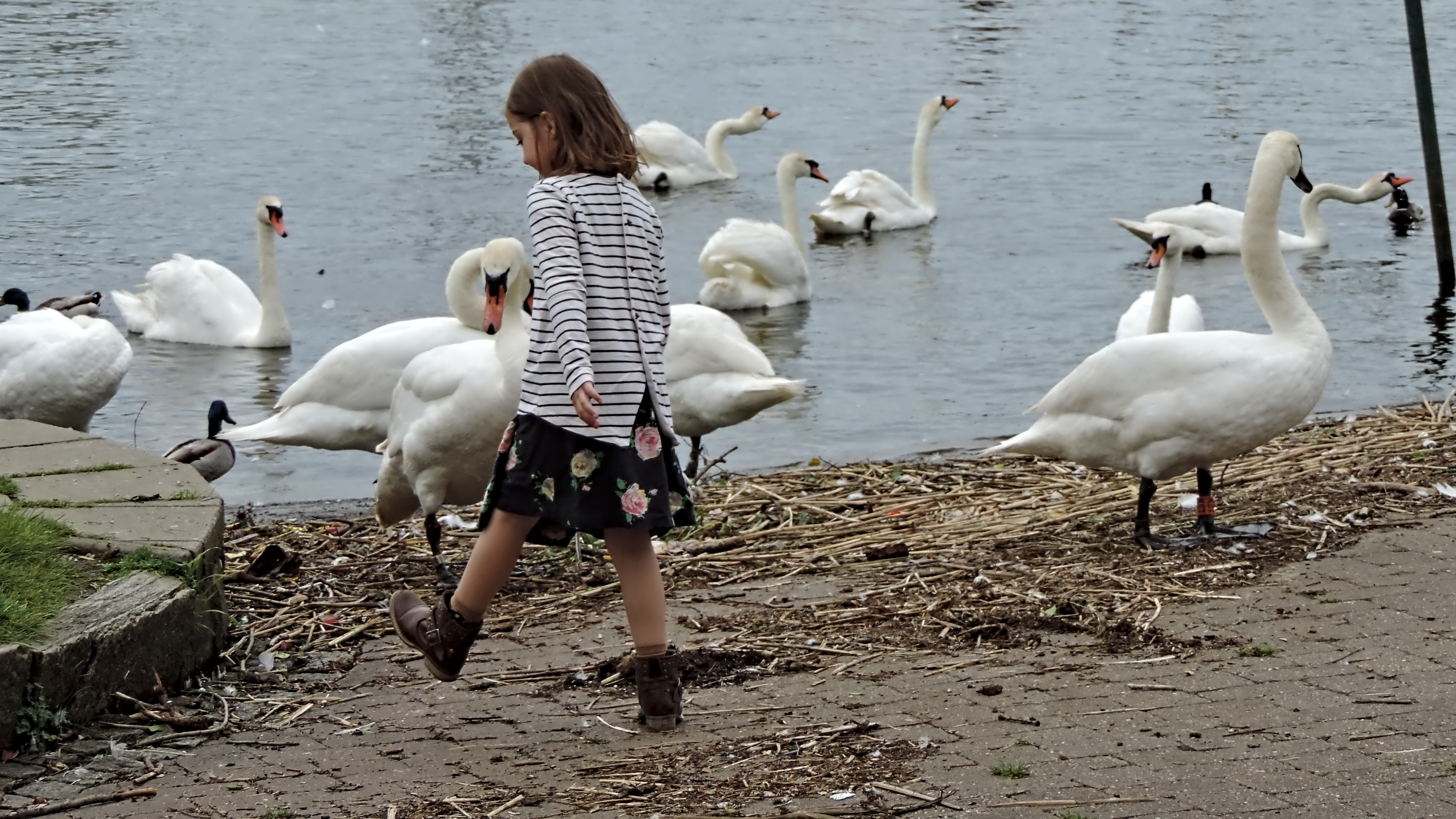